When working with Operating systems in a server environment, you are often limited to a text or command line interface.  These interfaces (Putty, terminal, GNU command line) are simple plain text interfaces.  Since everything is text based, there are no easy to use graphical software tools like Notepad to edit files.  Thankfully, all Linux distributions have the VI editor (or a variation of it like vim).

The VI editor is a screen-oriented text editor.  This editor allows users to use keyboard commands to navigate documents, make modifications, and save their changes.  The functionality is similar to that of traditional GUI-based tools like Notepad, without the cute menus and mouse clicks.

What are the problems we want to solve by taking this class?

What we will cover:

Class Goal: Each student will learn how to create and manipulate a simple script file.  The script will backup files and folders from a Linux terminal.

Overview of the VI Editor 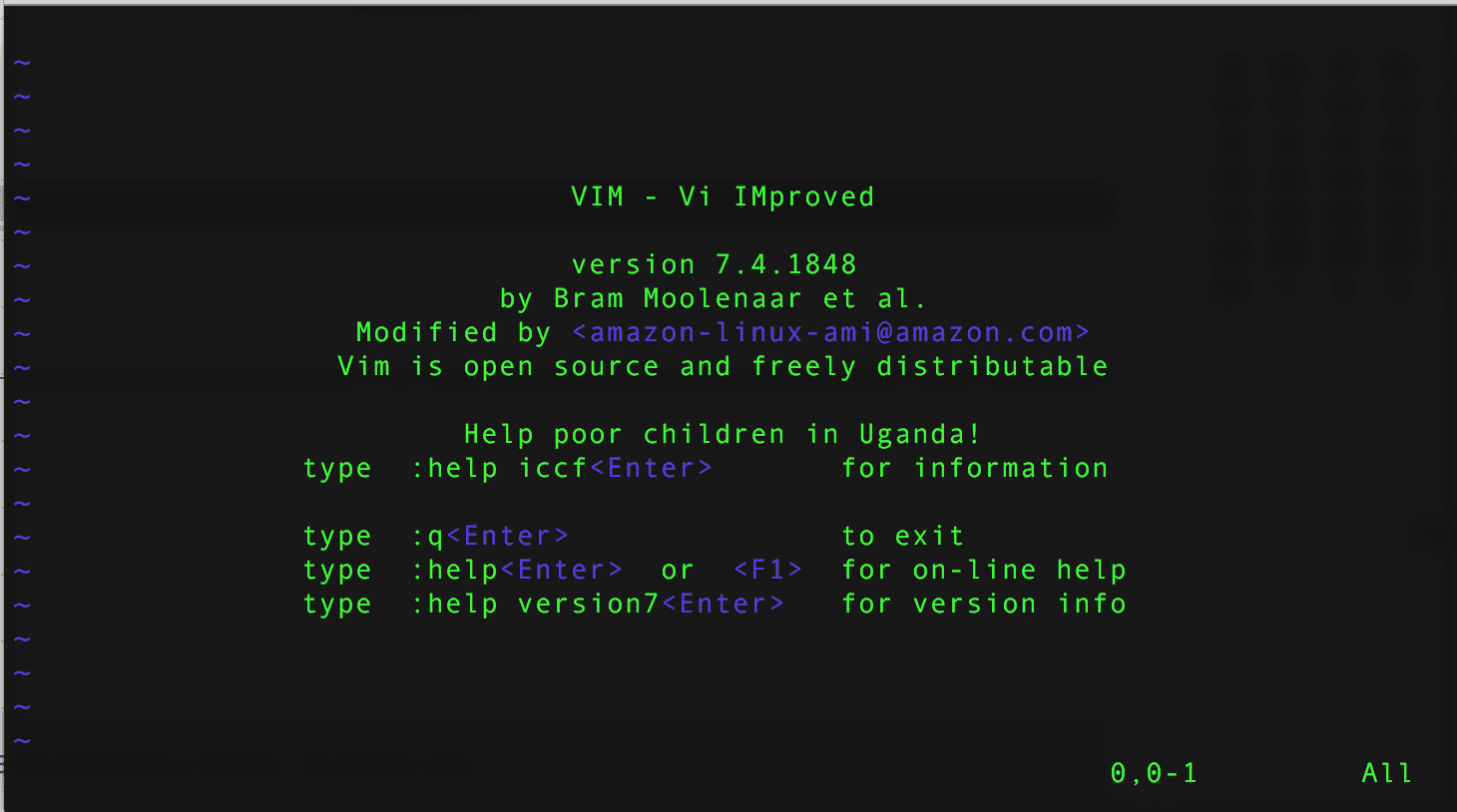 As we said before, vi is a screen-oriented text editor.  This editor allows users to use keyboard commands to navigate documents, make modifications, and save their changes.  As you can see, it is all text based.  Thus, no beautiful interfaces here.

Here are some basic uses of the VI editor from the command line:

When working in the VI editor you are going to be active in one of two modes:

Understanding the difference between these two modes and knowing which mode you are in will save you a lot of trouble.  If you are in editing mode and start trying to execute commands you could seriously mess up the text in your file.

Let’s look at how to change them using file controls.  These are the commands needed to exit vi and allow the user to save the file or ignore changes.  Remember, to execute these commands you must be in command mode.

These commands are lowercase:

To run these commands, the command must include the press of the” [enter] ” key on the keyboard

Even though your operating system may be mouse compatible, and your interface (putty, terminal, GNU terminal) supports a mouse, vi does not.  Instead, vi has given us keyboard commands to move around quickly. Remember to execute these commands you must be in command mode.

Move the cursor around a line.  These commands are all lower case:

We have talked about the different modes in which you can use vi.  We covered the most commonly used command “ i ” to enter insertion mode. Now we are going to look at the other commands we can use to insert and modify text.  Remember to execute these commands you must be in command mode.

To “insert text” the commands are:

To “remove text” the commands are:

Each of these commands will put vi in editing mode.

The commands to “Search for strings” are:

The commands to “Search and replace strings” are:

One of the most useful everyday uses of Vi is for creating shell scripts.  A shell script is a text file comprised of a series of shell commands.  Shell scripts give you the ability to create shortcuts by grouping commands together.  For instance, in the Linux lesson, we explained how to gather files together using tar and gzip.  The process of compressing these files together required you to run to multiple shell commands.

For example, let’s look at how to backup your home folder to a backup folder /opt/backup:

As you can see, this requires multiple steps.  So instead of having to repeat the last two steps every time you want to back up your home folder why don’t we turn that into a backup script.  In your /opt/backup folder type “vi backup_home.sh” and press enter to open up the vi editor.  Now enter into edit mode by typing “i”.   Type in text from steps four and five.  Now create the file with these changes.  To do this exit editing mode by pressing “ESC” followed by typing “:x”.  That’s it.  You have now created your first script file.

Now that we have a script file what do we do with it?  There are a couple of ways to run a script file.  You can execute scripts using the “sh” command.  The other option is to turn the script into an executable command by changing its permissions.  Let’s start by looking at an example of how to run the new script with the shell command.

Note: Depending on your folder permissions you may be required to prefix the sh command with sudo.

Now if we want to execute our backup script we type:

Complete the assignments; then it is time to move on to the next step: Launching Your Apache Web Server on Amazon’s EC2

Outside of additional classes here, we have found these sources to be ideal for learning more about vi and getting around in it: